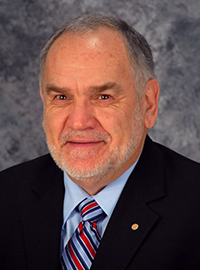 Beginning of Modular Technology
Mr. Ron Conry, an engineer of Multistack and also the creator of modular chiller. His expertise in the field of refrigeration and air conditioning with 20 years of working experience in both Australia and USA in the same industry.

He has broken through the limitation and inconvenience from traditional large chillers, working out the ideal "Wish List" for cooling system.

MULTISTACK is the creator and leader of modular chillers since 1985, MULTISTACK has improved modular technology through unremitting efforts.

MULTISTACK is the pioneer in innovation and environmental protection and being the expert in modular solutions.

This technology has been registered patent in Australia, USA, China and other 40 countries and regions throughout the world.

The History of Modular Technology
Multistack is continuously working on innovative solutions while protecting the environment since the invention of modular technology. A well balanced business environment is our key in maintaining the highest manufacturing standards to produce high efficiency and quality products. Multistack continuously improve its product by focusing on important factors such as lowest refrigerant charge, optimum weight design and smallest footprint per ton of chiller capacity.

Modular chiller was invented by Multistack engineer , Mr. Ron Conry in Australia. This technology has been patented in USA, China and 40 other countries and regions throughout the world.

Multistack China has received an exclusive patent ownership to start its production and sales of modular chillers locally, making its debut in China’s refrigeration and air-conditioning market.

Multistack USA was founded and a manufacturing facility was setup.

Multistack R&D Center has successfully developed and patented the invention of flooded evaporators for modular chillers.

After its successful sales and growing production in the USA, the first oil-free magnetic levitation centrifugal chiller was made in Multistack manufacturing facility in China and was installed in Mount Alvernia Hospital, Singapore.